Here are a few of the intros I wrote in assembly language for the Commodore 64 starting in the year 2014. Rigorously oldskool style!

My first ever intro and my favourite one.
More info and download link here.

Ambigram is one of those intros that require understanding what the theme is about in order to be fully appreciated.
More info and download link here.

If you watched the video/ran the intro and you’re still wondering what this is about, check my notes on this production.

My first attempt at opening side borders on a Commodore 64 and my second attempt at creating a new logo.
More info and download link here.

Work stages of the logo are available on my WordPress.com blog here.

I wrote a number of things for the Commodore 64 over time, but I guess it’s worth mentioning at least the ones below.

It’s by no means complete, but a number of components to recreate SPUTM on a Commodore 64 are ready. I’ve put together a demo involving a location and a few objects from “Monkey Island 2, LeChuck’s Revenge”.
I converted and edited all graphics myself and obviously wrote the code too.
More info and download link here. 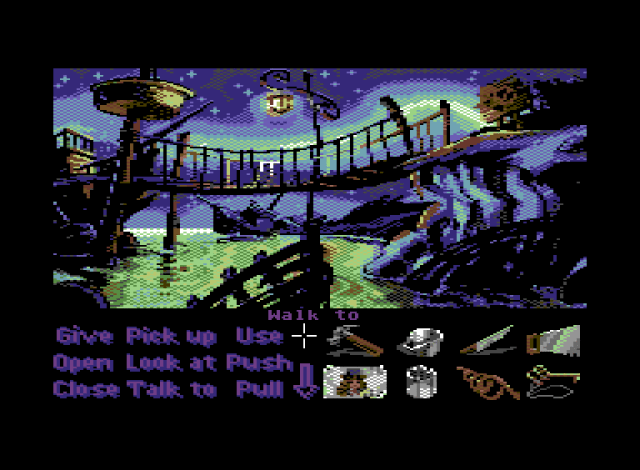 Here’s a video of the current state of this effort.

ByteBoozer2 extension with a Kernal loader example of usage

I worked at an updated version of David Malmborg’s Byte Boozer 2.0, as a tribute to David’s excellent work.

Along with a fix to the PC cruncher, fix that is required to support linked crunched files and that I have already written about with David himself, I’ve also added an extension, through the “-b” option.
Furthermore, I’ve included a tiny little example program that benefits from both my fix and extension to the original code. It uses Kernal disk routines for loading crunched data, which is decrunched on the fly, without requiring a sector buffer or a decrunch buffer on the C64 side.
The example loads data under ROMs and under the I/O area by means of bank switching so it can be used as a tiny memory footprint loader that also guarantees maximum compatibility with non-legacy drives, especially emulated ones without “true” drive emulation.

IFFL version of Barbarian II for the 1541 disk drive

I own the original tape of Barbarian II for the Commodore 64, which I used to play a lot a long time ago. Side A loads fine as it was encoded using John Twiddy’s “Cyberload”, but side B, which uses the “Palace” tape loader, has been quite problematic in my experience. One can certainly improve things by expanding silence gaps between files, making pilot trains longer, etc., but this odd bugger seems to be still quite temperamental, which adds to the frustration due to the game being quite difficult to play.

Having improved TAPClean to cope with extracting details from “Palace” loader files, I decided to put together a disk version of it. No trainers/cheats or the alike: I just wanted a truthful port of the original game from tape to disk that would load without being temperamental. 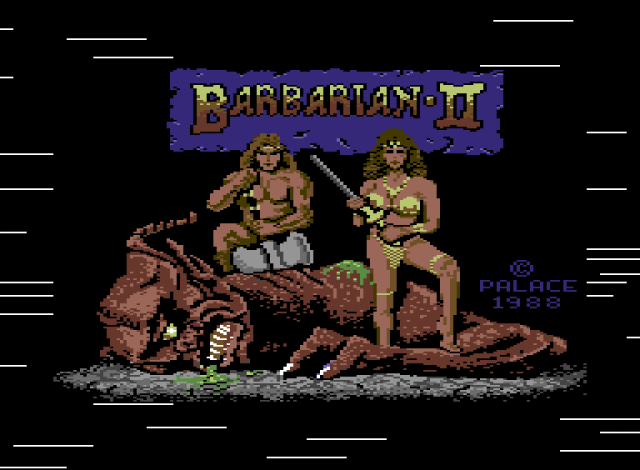 I updated Thomas ’skoe’ Giesel’s EasySDK usage examples for EasyAPI, and added an example on how to embed the latter into a CRT image.

Graphix is a plotting software for everywhere continuous and differentiable bivariate expressions. I wrote the 3D engine myself using principles behind perspective projection and light reflection. I also wrote a quite complex mathematical expression parser with “pretty print” capabilities that was integrated within the application. 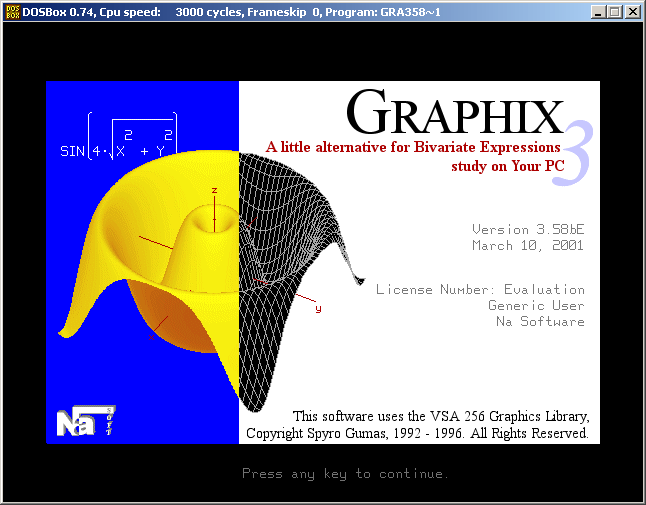 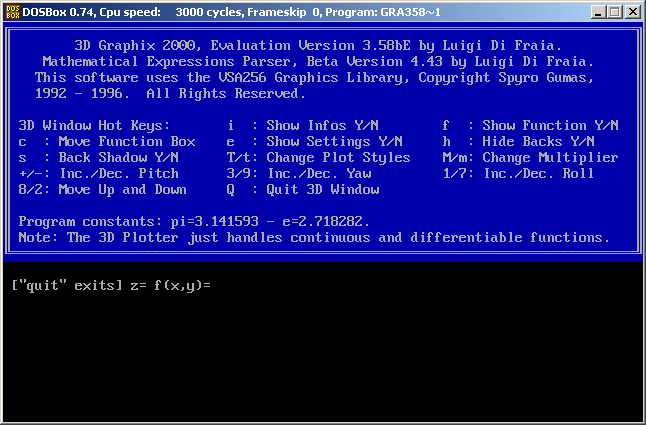 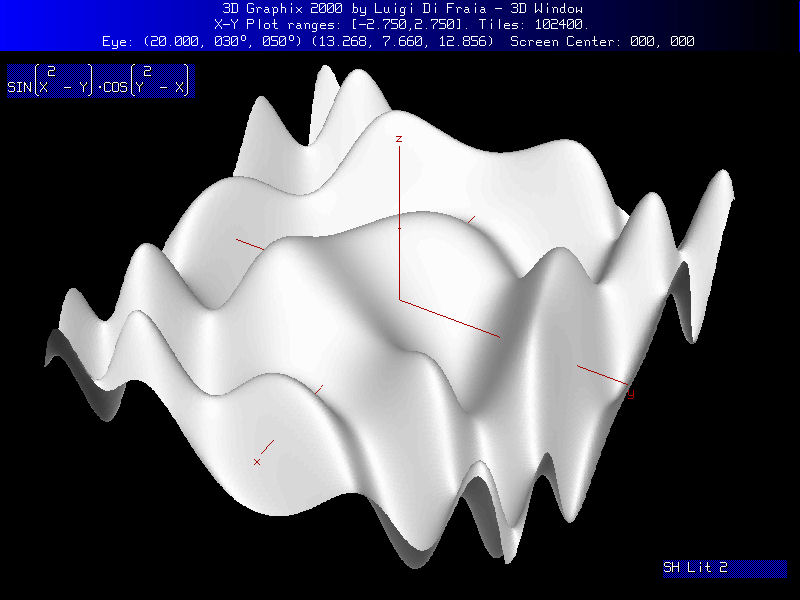 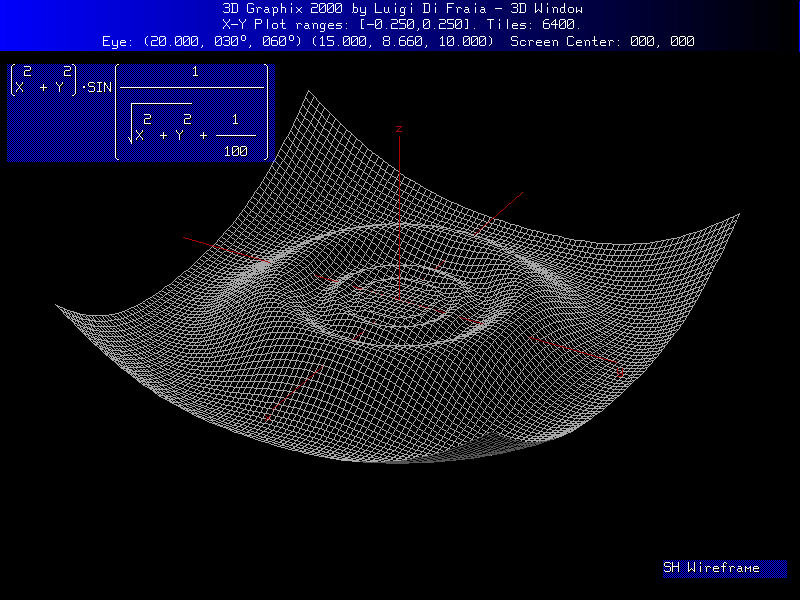 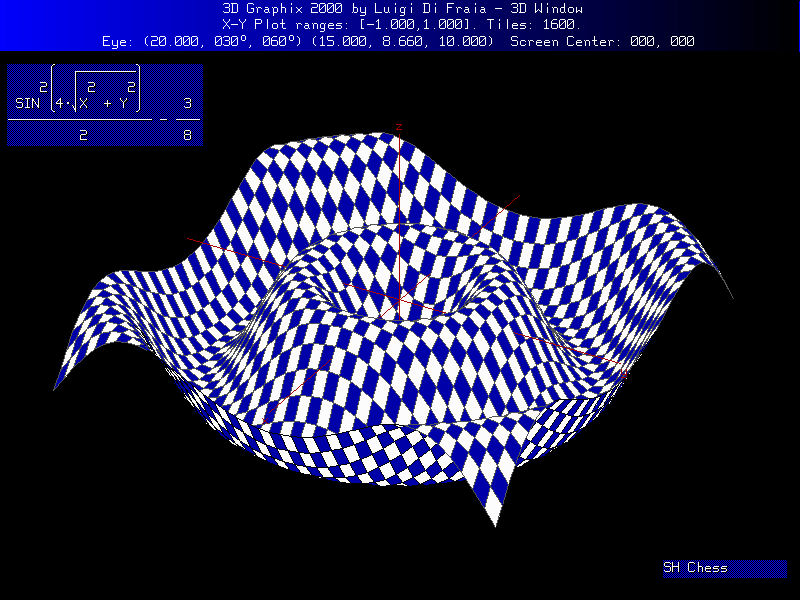 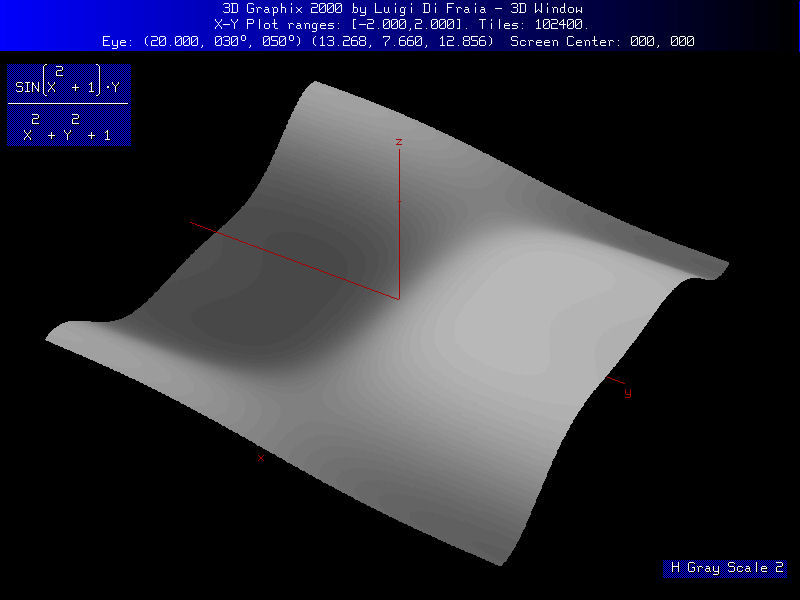 Note: users may use DOSBox to run this program. Click here for more information and download links for DOSBox.

This application is an OpenGL-based evolution of my Graphix and Mathematical Parser software. It’s based on GTK+ for a windowed drawing. 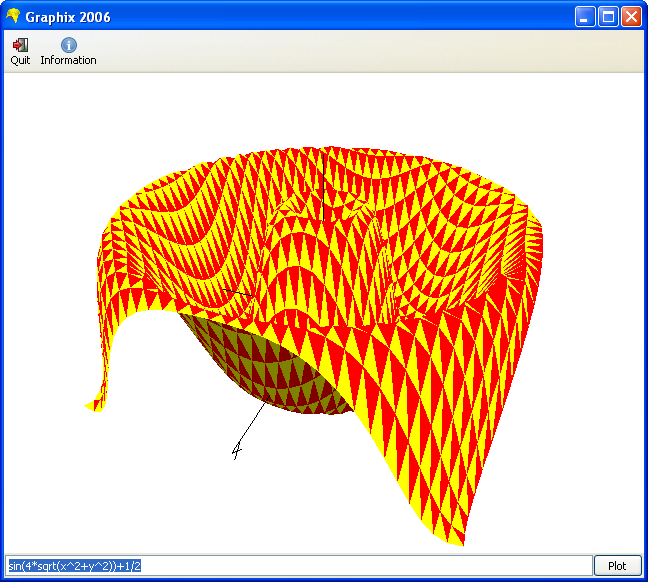